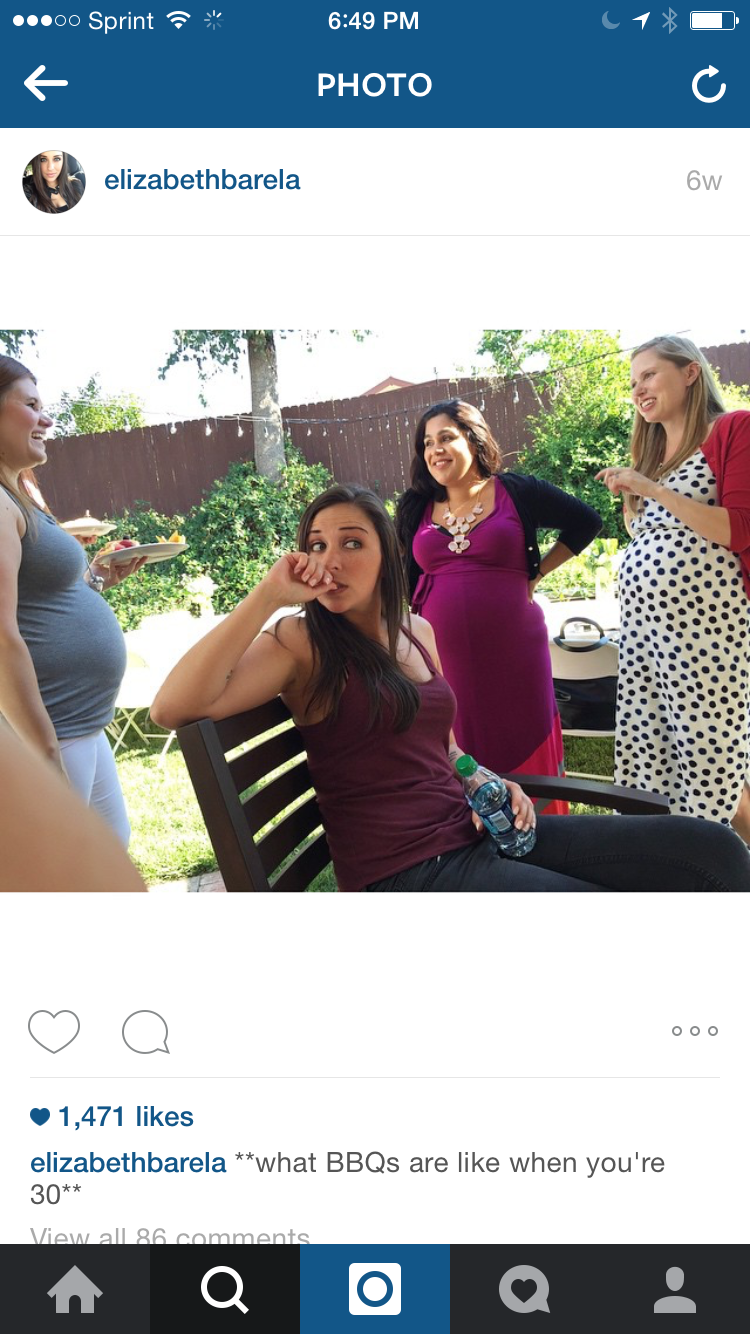 Driving internet traffic is easy. Making something of it is the hard part.

I used to live with a guy so immensely talented at delivering puns that most conversations ended with me speechless and him walking slyly out of the room. It’s as if he had a one minute time machine that enabled him to split-test his witty retorts and identify the perfect trump card. I knew he was brilliant, but his ability to fire off one liners was nothing short of supernatural.

I became obsessed with beating him — even if it was just once.

With something mildly interesting to share, like my purchase of the domain ‘vegetarianpizza.org’ for a new niche site, I would spent all day lamenting over the puns. “It was a cheesy business” I said when he got home, “but we can make some serious dough.” He laughed and returned a moment later to ask, “aren’t you concerned?” Looking confused he clarified, “it’s a pretty saucy business” … “I’m sure you’ve been grating over this all day” … “how long will it take you to get a slice of the market?” (this went on for about ten minutes). I had spent hours thinking of puns and he won the conversation in a matter of minutes.

Subjected to months of defeat and this was the final straw. I demanded his methods be revealed and he relinquished saying,

In the weeks that followed I changed my way of thinking — he was right. By processing the information in reverse it cut the response time and increased my wittiness exponentially. It wasn’t long before I discovered that the same logic could be used elsewhere.

Don’t create something and try to sell it.
Think of what people want and then create it.

Don’t launch a campaign and try to drive traffic.
Think of what drives traffic and then create a campaign.

Don’t sell something and build a relationship with your customers.
Think of what builds the relationship and then they will sell themselves.

In 2014 Blake Jameson, personal friend and fellow reverser, cheekily photoshopped his photos to label himself as the Tinder ‘match of the day’ and wooed over two thousand women to swipe right. Instead of trying to compete, he tried to stand out.

With an addiction to thinking in reverse comes the ability to identify others, like Blake, who have the same mindset. It can be revealed over time or, in the case of Elizabeth, it was blatantly obvious from the get go. Genuine wit is a skill and her’s was well honed.

How she and I connected is just as colorful a story as what happened when we met in person.

While laying restlessly in bed one night I was made the mistake of grabbing my phone to pass the time and inevitably found myself swiping vigorously on Tinder. At this point in my relationship with the dating app it was more about honing my skills in body language and sourcing content for reddit’s /r/Tinder than it was for use as a dating app. This girl’s profile was to Tinder what bacon was to cooking — perfect. Freckles, dimples, and an a truckload of snark.

I immediately snapped a few screenshots and posted an album on reddit.

With just 157 upvotes, her profile was viewed 19,590 times and in the process… someone recognized her.

As I clicked through her Instagram and Twitter I discovered that her snark wasn’t exclusive to Tinder. These were two of my favorites:

I dug in a bit further and, despite being new to Los Angeles, discovered that we had mutual friends. “Alight…” I said to myself, “this girl is fucking adorable, but I have no interest in dating her (unrelated reasons). She’s snarky as hell and obviously has no idea how much the internet loves her as a result. I kind of want to drink with this girl and see what happens. Worst case scenario, she doesn’t respond. Best case scenario, I show her how to become internet famous and she pays my tab.”

We went back and forth a bit before finally sitting down for drinks a few weeks later. I wasn’t quite sure how I was going to help her, but I figured it would be fun to see what she was looking to do in life and impart some knowledge about how to make a living online… we ended up talking and drinking for three hours.

During that conversation she showed me this. 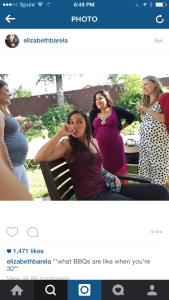 With 1,471 likes she explained that it had done well as roughly half of her posts get between 400-900 likes, but certainly not better than many of her posts that get over 2,500 likes. She said, “I thought it was really funny, but I guess they didn’t.”

The thing about established audiences is that they have expectations.

They have an existing belief system for who you are, what you’re going to post, and how it fits into the relationship they have with you (which will be inherently different for every person in the audience). There are however ways that you can bypass that hurdle when you step away from leveraging your brand and start leveraging a community. The social structure of communities like reddit and imgur is such that, as a cohesive whole, they are not tied to any one brand or person. As a result, the expectations of those within are not of the content or voice, but rather their mutual interests and core ideals. This means they’re vastly more capable of crossing the gaps between established audiences and fostering viral reach.

I explained to Elizabeth that because this post had (ever so slightly) broken away from her established voice the post only garnered likes from 1.4K of her 57.6K followers. Naturally, she was curious what I meant by “leveraging a community.” I explained that community oriented social networks, like reddit, operate not based on who you know — but rather on what you have in common. Every day millions of people spend irresponsible amounts of time engaging with best friends they’ve never met.

I pushed her to post it there… and she did.

Within 12 hours the post had climbed its way to the ‘front page of the internet’ and garnered a plethora of hilarious responses.

The photo was viewed 2.2M times in the first 24 hours and, over a month later, still receives about 400-800 views daily.

And then came the parodies. The first was an absolutely brilliant Terminator themed remake of the original image. This too hit reddit’s front page and garnered another 3.6M views. The posts on reddit garnered over 11 million views, but with sites like 9gag, Men’s Humor, GoodMeme, and REBRN picking up the story it’s reach amplified exponentially. While we will never be able to track the true breadth of the organic reach, using tools like BuzzSumo and Mention I’ve estimated that the post generated a total of 25 million earned media impressions in the first week.

“So I’m internet famous… now what?”

With her rapid rise to fame, Elizabeth was overcome with a tidal wave of excitement and laughter equivalent only to her feelings of uncertainty and fear. She wasn’t promoting a brand, selling a product, or working towards some kind of end game — she was just being Elizabeth and that’s why it worked. The question at this point becomes, “now what?”

There are two classes of people when it comes to viral fame, those who embrace it and those that don’t. If it ever happens to you, the only “right choice” is the one you make yourself. Some rise to fame, become a meme, maybe get interviewed on a talk show… and that’s it. They will forever be known by their fifteen minutes of fame and have one hell of a story to share with new friends.

The other class, the people who see a tidal wave and grab a surfboard, look back ten years later and see ‘that moment’ as the turning point in their lives. For the owners of grumpy cat, it all started as a reddit post and (allegedly) turned into $100M of income from licensing, sponsorships, and appearance fees. While her modeling agency worried she “wasn’t fashion enough”, the video Kate Upton’s friend uploaded of her doing ‘The Dougie’ garnered millions of views which she then leveraged to land the cover of the Sports Illustrated swimsuit issue and catapult her career from ‘model’ to ‘super-model’ at light speed. Patricia Mallette, a Canadian housewife, uploaded a video of her son singing only to leverage the fame into a record deal and the $200M empire of Justin Bieber.

Viral traffic will always require an element of luck, but when that’s scarce strategy is a fair substitute.
— Tweet This

I knew Elizabeth’s photo needed to be uploaded to reddit because I knew the community. Every social network, and segment thereof, has it’s own personality and it’s own way of communicating. Posting something from Facebook to Twitter without “translating” the content is a bit like being an ignorant foreigner that refuses to even attempt to learn the local language — people will hate you.

Despite my preference that Elizabeth leverage her fame into something greater for the sake of a badass case study — she was content to walk away from the opportunity. She felt that she didn’t have anything to share or sell and, for the life of me, I couldn’t persuade her to believe otherwise. I explained that her personality was what people wanted her to share and that listening to the clues dropped by the reddit community would guide her to a means to monetize, but still… she had no interest.

Here’s what I had proposed…

Knowing the reddit community is predominantly men, something which is clearly evident in some of the comments on the parody posts, I knew there was a way to leverage the traffic on the same platform. Elizabeth had done a bang-up job responding to comments in real time so I suggested we build on that and do an ‘Ask Me Anything’ session on /r/iAMA. With the title “I’m the single girl from the pregnant BBQ… AMA” we would be able to connect her face, which had bombarded users all weekend, with her voice. In order to avoid the pitfall of being seen as an attention seeker the description of the AMA post was to read something like:

“I’m not really sure what you should ask me, but my friend used the lure of free beer to push me into doing this. And yes… I have already started drinking. I don’t really have anything to promote, but you can follow me on Instagram and Twitter where he insists that I post interesting shit.”

Pretending to be someone you’re not online, as a person or a company, is difficult — doing it on reddit is impossible. This was crafted to be truthful, playful, and fully within the confines of Elizabeth’s voice. The goal with this was simple, to entertain people on reddit and let the rest happen naturally. You can start the snowball and nudge it along the way, but it’s impossible to predict or control.

Known by the Internet as "the psychopath that pranked his roommate with Facebook ads", Brian is a Social Engineer and the founder of My Social Sherpa. With an addiction to the manufacture of perception, he spends his days bringing drunken ideas to life and his nights coming up with more of them. No one really knows what he actually "does" but people have speculated it involves alien technology.

What Should You Really Be Getting From Social Media?