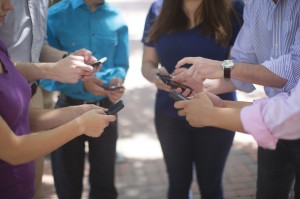 Earlier this year I shared on this blog why I stopped saying the word engagement. Overall, the piece was received positively by Social Media Club members but there was a small handful that came to engagements defense, including IBM’s Social Media Strategist David Pittman.  I had the opportunity to chat with Pittman in more detail about what the word means to him and how he defines the term personally and practically.

Despite my own efforts to avoid the E word, one thing is clear: it is not going away.

Pittman points out, “For all the term’s downsides – do you have anything better?”  While he acknowledges that there are useful substitutions such as sharable or likeable, he defends that you can’t divorce from engagement completely.

1. Engagement is an action

“I think any action taken [on social media] is engagement,” Pittman says. He elaborates that “just the fact that [a follower] paused long enough and clicked a button shows engagement.” If you can cut through the noise of the newsfeed and trigger an action, you’ve engaged.

2.  Engagement is a metric

For Pittman, engagement still serves as a useful metric for him and his colleagues.  A like, Retweet, share or mention are all actions that can be measured. So while content can be described as sharable or likeable, you will still end up with the same metric: engagement.

3. Engagement is a goal

Whenever presented with the term by clients, Pittman says he redirects conversation to the principle tenets of action and measurement.  He asks ”What action do you want your audience to take? What do you want as an outcome? What do you want to see on that report?”  Engagement becomes a goal.  While some may see the term as vague, for others it offers a flexible approach for establishing marketing objectives.

4. Engagement is a relationship

For Pittman and his team, engagement is not only a consumer response but a company responsibility as well. Engagement is fundamentally about building meaningful and substantive relationships with your followers. “Engagement is being a good friend,” he says. “When you think of your good friend, you think of someone who will listen and not judge.”  He goes on to describe how “you need to know when to listen, when to offer support, when to pick people up, when to help them,” Pittman advises.

In the end, engagement is volatile

Despite hearing the case for engagement’s use, I still believe it is a slippery definition. It means different things across different mediums. As such, its instability makes it a volatile term.

While I acknowledge its use is unavoidable, if you are going to say it –  offer context, nuance, intent and explanation. In other words, say your vows.

Why ModCloth Has Social Marketing Locked Down

Social Media Club: A Meeting Of The Minds