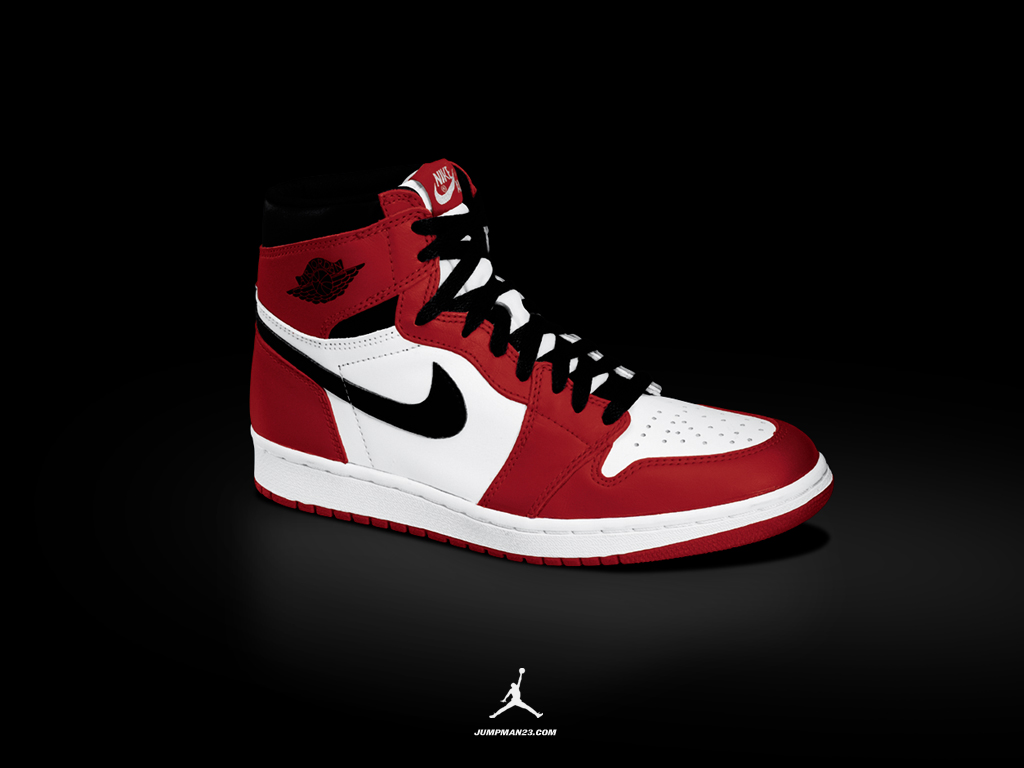 Have you ever tried to buy a pair of Air Jordans? It’s not as easy as you think it is. Sure you can walk into a Footlocker or FinishLine store at any suburban shopping mall and pick up a pair, but if you want a pair of retro Jordans or even the latest release it’s next to impossible!

Air Jordans have become the most coveted shoes among Generation Y and younger generations to come. The next time you are out and about take a look at what young people are wearing on their feet and you will be shocked at how often Air Jordans are worn by both young men and women.

Air Jordans are the Pokemon cards for a new generation.

Not only do young people buy Jordans to wear, they collect them. On a Saturday morning at 8 a.m. you will find a surprisingly large number of potential customers waiting for the NikeStore Twitter account to tweet out the link to buy the latest weekly release. 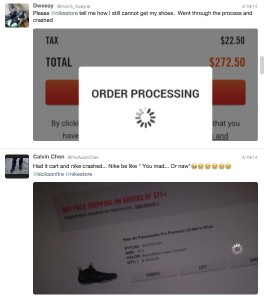 The demand is so overwhelming that Nike’s website has crashed every weekend for the past three weeks. Frustrated customers take to Twitter to voice their issues.

Nike responds to some, but most fade into white noise of  Twitter as Saturday passes and the next Air Jordan release is scheduled. You would think that would be the end of things socially. Not at all. Monday starts with video bloggers on YouTube doing reviews of the next Air Jordan release. These are carefully watched videos by the Air Jordan community. Guys like The Sneaker Addict, Sneaker Watch and Nightwing 230 do a fantastic job of reviewing and previewing next weekend’s shoe. 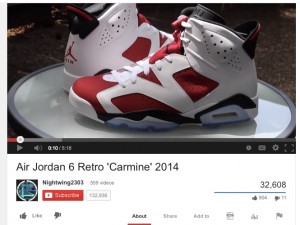 Before you know it, the madness begins again on Saturday.

Why is it so important to social media success? In Nike’s case, fans created the demand and social media managers, both for Nike and in the social media community, monitor and curate product information and the brand continues to evolve.

When a company has found a social ecosystem it’s almost the same as finding gold. Both from a brand and monetary standpoint. Retail shoe sales for the Jordan Brand in the U.S. grew 11% last year to $2.7 billion, with basketball making up 84% of that. Roughly 50% to 55% of that goes to Nike. If you factor in sales of Jordan apparel, the international Jordan business and sales at Nike stores, the Jordan brand is contributing roughly $2 billion of revenue to Nike, which posted sales of $26 billion over the last 12 months. Michael Jordan, the shoes’ namesake, gets a cut of every shoe, hoodie or pair of shorts sold by Nike under the Jordan Brand.

Supporting a social media ecosystem is just as important. If one component suffers the whole ecosystem is in jeopardy. Take, for example, the negative feedback Nike has been getting because of its eCommerce site crashing. If Nike’s Twitter account managers fail to understand and acknowledge the problems that fans are experiencing the ecosystem will breakdown, forcing fans to find other places to buy Jordans. Nike could also boost its ecosystem. For example they could send new releases to the video bloggers for recommendations and possible changes or even solicit feedback for new types of Jordans.

Do you know a productive social ecosystem? How does it compare?

What’s in a name? Name Your Facebook Page Carefully

Paying Attention to Sites Terms of Service Pays Off