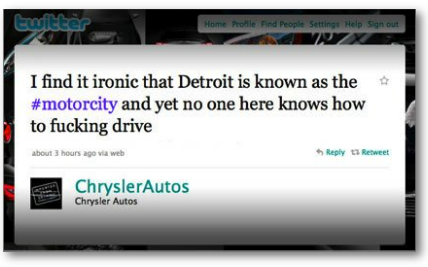 Lately I’ve been thinking quite a bit about the impact of what we post and say online.  Living in Orlando and watching the coverage of the

high profile Casey Anthony trial that is currently going on here, I have been struck by how many times evidence from MySpace postings or Google searches has been discussed.

Of course some of this is a function of the times in which we live, where Facebook has become a part of many people’s daily lives and the internet is quickly gaining on if not replacing television as a form of entertainment.  However, it also drives home the fact that what you say or do online, like what you say or do in real life, can come back to haunt you, particularly in court.

This includes messages that users may think are private, such as direct messages on Twitter.  However, these messages are not really private, as the provider has access to them, and can be compelled to provide them if they are served with a subpoena to do so.  As reputation management becomes more important than ever, it is important to think when posting on social media if you would like what you posted read aloud in open court or printed in the newspaper. 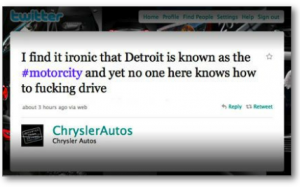 We’ve seen this play out in the employment arena, like the recent incident where a member of Chrysler’s social media team was fired for dropping an F-bomb in a tweet on behalf of the brand.

The law is also still developing when it comes to whether tweets or other statements made online constitute defamation.  The first lawsuit addressing the issue over Courtney Love’s alleged defamation of fashion designer Dawn Simorangkir was slated to go to trial but ended up settling.  Perhaps the second lawsuit against Love, filed by her former attorneys, will make it to trial and the court will provide some guidance on the matter.

But who really wants themselves or their client to end up a social media test case?  I’m not saying don’t have fun with social media, or avoid pushing boundaries, but to keep common sense in the mix as well.

A Wallflower Joins the Social Party