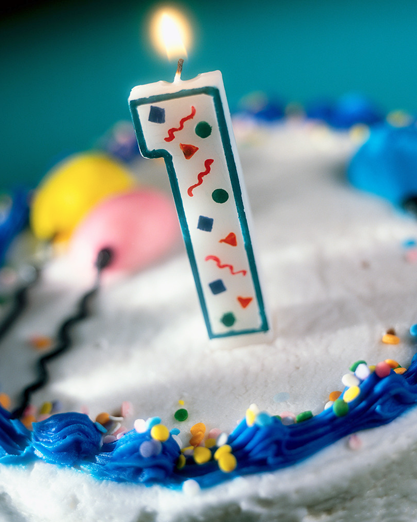 It has been one year this month since I created a Facebook group for my daughter’s grade school. I wanted a place where parents could look for information on what was happening at the school and be able to discuss anything that concerned our kids, even if it didn’t necessarily pertain to what happened at school.

I could have chosen to create a Facebook page instead, but I decided against it because that wouldn’t give us the privacy that I felt people would appreciate. I wanted privacy for two reasons. First, because I didn’t want anyone scouting out information on our families. Too many people fail to adjust their privacy settings, allowing people to find out far too much information via Facebook. This sets them up as easy prey for online predators and since this group is really about families/kids, I didn’t want to take any unnecessary risks.

The other reason why I chose a group over a page was to prevent businesses from posting onto the page. Before I started the group, I looked to see if there was already a page or group for the school. What I found was a page that had been created years ago, but hadn’t seen any new activity in quite awhile. At least, not activity that originated from the page itself.

I did see plenty of posts made by several local businesses promoting themselves on the page even though it wasn’t active. That meant that I would be starting from scratch. I chose a “closed” group so that people could find us, but not see what was happening within the group. 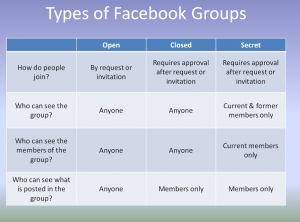 There are over 700 kids in my daughter’s elementary school. We currently have over 160 members, so I consider the group a success, especially based on what we’ve been able to accomplish in the group in terms of helping each other out on issues, ranging from homework to alerting each other about school events. Yes, we still have a ways to go, but I estimate that we have the parents from at least a third of the students in the group.

Each day, I have to monitor the activity in the group. It’s a never-ending task that I try to do several times a day. I wear multiple hats all day long. First, of course, is the “salesman” hat — trying to get new parents into the group. Unlike many other types of groups, we have a pretty small target audience, so each parent that joins the group decreases the number of potential new members more than it would for a professional networking or fan-based group.

While we have several members of the school’s PTO in the group, the PTO has not really worked with us to promote each other. They did, however, agree to put an announcement in all of the packets that they give to the parents of new students this fall. If you’re interested in creating a Facebook group for your own kids’ school, its PTA/PTO would be a great place to start looking for help in promoting the group to the parents.

Next comes the “gatekeeper” hat. Several times a week, I get requests to join the group from people that have no connection whatsoever to the school. The same probably happens to most groups. I recently had a request from someone in Germany, even though we’re based in the U.S.A. He was a member of well over a thousand Facebook groups, leading me to believe that he just asks every group he sees to join. As far as I could tell, he was just a mischievous troll.

In the beginning, it was hard to find new members. Fortunately, the school handed all parents a contact booklet for us when our daughter joined kindergarten. She was going into second grade when I started the group and we still had the booklet, so I sent emails out to everyone with a link to the group. From there, we started getting new members from word of mouth.

Putting my salesperson hat back on every so often, I occasionally ask the parents to recommend us to other parents. Just this past week, I asked them to each recommend us to two parents not already in the group. We have lots of young families in our neighborhood and roughly 80-100 kids will be entering kindergarten this year, so their parents may not know about the group unless they have older children. Even if they get the packet from our PTO, they won’t get that information for several weeks, so the sooner the better in my humble opinion.

Obviously, in some groups, mainly the “open” groups, this is less of an issue, but I’m trying to maintain our group’s privacy and it’s worked so far. I’ve had several members thank me for asking about a potential new member before I let them join us. Assuming that they’re from the school’s area, it’s rare that nobody in the group knows the person trying to join the group. If nobody knows them and I have no luck by sending them a message, I let the request stay for about a week or so and then delete it if I don’t hear anything from them. I have yet to hear back from any of the people whose requests I’ve deleted.

The “policeman’s” hat is the one that I dislike having to wear, but sometimes it’s necessary. I have several rules about what can and cannot be posted in the group. Everyone needs to be respectful to the other members and they should avoid posts promoting businesses, especially if they own the business or work there.

In June, I had an issue with a woman who posted about the day care where she worked to encourage parents to place their kids over summer vacation. She made it sound like it was just an endorsement of a place that she liked, but one glance at her profile let me know that she worked there. She didn’t appreciate that I deleted her posting, but it was part of the group’s rules and indicated as such in the “About” link. So far, I haven’t had to boot anyone from the group and I hope it stays that way.

The next hat that I often have to wear is the “help desk” hat. People are often asking me questions about computers in general and Facebook specifically, even when it doesn’t have anything to do with their kids. Usually, I help them, but sometimes, it’s hard to do it when I can’t show them in person. You have no idea how often I end up responding back with a YouTube video or other link which shows them how to do what they’re trying to do.

This hat also means that people sometimes come to me directly via a personal message or by tagging me in a post to ask a specific question about something at the school. It can include anything from a general question about an event at the school or a school policy to something as specific as a single grade/teacher and unless it’s the grade my daughter is in, chances are that I won’t know the answer. Fortunately, there are lots of great parents in our group and they help each other out often. More often than not, someone else that knows the answer helps them before I even see it.

One hat that I didn’t really expect to have to wear is the “event planner” hat. Especially now that it’s summer, I’ve organized events that parents can take their children to, such as a book reading at Barnes & Noble or a nature scavenger hunt at a local county park. That’s pretty much impossible if a group is geographically spread out, but if you’re thinking of running a local group, you should expect to organize events to help build a bond between the members.

Along with that, I’m also the group’s cheerleader, trying to get people engaged in our online discussions, just as any social media director would do. Fortunately for me, this is a great group that has a vested interest in the group and we rarely go a day without one or more discussion topics being posted. Like most social media pages/groups, the majority of people stay in the background, but I know that our engagement level is higher than other pages/groups that I’ve participated in for work or personal reasons.

I’m writing this article so that people realize what they may be getting themselves into if they do it themselves. If it sounds like a lot of work, that’s because it is a lot of work. But I don’t mind. Here are some things that you can do to help ensure a successful social media group:

My daughter’s school goes up to sixth grade and she is just entering third grade. That means that in about two years, I will need to start looking for my own replacement. I highly recommend that you do this as soon as possible so that you can have someone to help out if you’re on vacation, a business trip, etc. My wife is an admin for the group, so she helps out if I’m out of town.

All of this also means that I’ll probably be creating another group for her middle school when she reaches seventh grade. I must be insane!

Bricks, Clicks and Cash From E-Commerce and Storefronts

How AmericanAirlines® is Taking Social Customer Service to New Heights