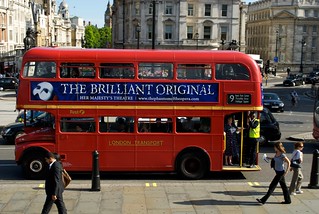 At a social media seminar that I took earlier this year, the speaker started off by saying that there is no place for social media marketing.  That certainly got our attention.  Very quickly, I realized what he was really trying to teach us.

Consumers are becoming far more savvy than they have ever been in the past.  According to one report that I saw, only 14% of consumers trust advertising, while 78% trust peer reviews.  I tend to believe them.

That means that your advertising efforts will really only impact one out of every seven potential customers.  You need to find what will impact your potential customers and it comes down to one simple concept: People believe other people like themselves!

Back in February, I went to the Philadelphia Home Show.  The one thing that caught my eye was how many companies were bragging about their good standing on Angie’s List.  It seemed like almost every company had some kind of reference to the site at their booth.  Some simply displayed the comments made on the site while others boasted about high ratings or awards that they had received from Angie’s List.

Examples of customer testimonials at the show continued in other ways.  The EP Henry brochure was filled with pictures of beautiful homes, along with quotes from the homeowners that endorsed EP Henry’s products.

Another example was at the Vitamix booth.  There, the salesman would not name the publication by name, but repeatedly mentioned how the “consumer” magazine that has all of those “reports” has consistently rated their blender as being the best for many years running.

If it’s the magazine that we all expect it to be, they rely on testing done by real consumers, not lab tests done by the company itself or even by a third party hired by the company.  Don’t even get me started on how the estimated mileage for new cars is determined!

It all goes back to getting others to tell your stories for you.  Yes, social media is a great medium to tell the stories, but make sure that the stories are being told by others – not by your company.  Your focus needs to be on bringing out the testimonials and storytelling from visitors, not on the social media platforms that you use to spread their stories.  A simple site that gives real stories will have more impact than a site with fancy apps, bells and whistles on it.

It is the news and information itself, and, in this case, the feedback provided by satisfied customers that will make the biggest impact on your potential customers.

Focus on testimonial marketing, with social media as the means to the end, not the end itself.

Here comes the Flow Workers! With why and how in focus (whenever, wherever)

Top 15 Reasons Why No One Follows You on Twitter