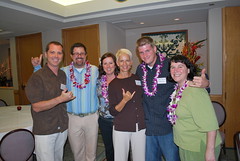 Social Media Club global is finally breaking the silence of the last few weeks to begin our re-launch in earnest. We begin today by sharing just how large Social Media Club has grown with the results of our recently completed census. This marks the first step forward in re-casting ourselves from a simple grassroots effort of loosely coupled social media enthusiasts into a modern professional association.

While we will still hold onto the open roots upon which we have grown, we will also emphasize the importance of membership dues to provide the funds needed to operate a non-profit on a global scale. These funds will enable us to provide an honest view on the social media industry, support the establishment of professional standards of conduct and expand our educational initiatives to further media literacy.  The crucial step in making this vision a reality involves bringing our loosely affiliated ‘chapters’ closer together, but first we had to find them.

With the help of Yong C Lee and Jessica Murray, we have just finished the SMC Global Census, resulting in a blog post for each local chapter on SocialMediaClub.org.  Each post directs you to their existing social channels across the web and now also aggregates their blog posts (if they have one) onto the global Web site. So if for instance, you want to find out how many people are involved in Social Media Club in Moscow, all you need to do is visit their chapter page. Same thing with Seattle, Brisbane, Miami, Kansas City, Washington DC and Kuala Lumpur.

Now that we know where everyone is, we also have a better idea of who you all are. At present we have 230 local chapters around the world with a total potential reach of 158,558. Accounting for overlapping channel participation between their various Facebook, Twitter, LinkedIn and other sites, this gives us an approximate reach of 100,000+ unique social media enthusiasts and professionals.

On a global basis, Social Media Club HQ has a total potential reach of 87,146, with 68,000+ Twitter followers, 7,800 Facebook Fans, a mailing list of  4,300, a LinkedIn Group with 3,400+ members and an RSS subscriber base of 8,500+.  As we launch our membership drive to start promoting the organization with more marketing then just stickers in the weeks ahead, we expect these numbers to grow dramatically. Especially in light of all the new content we will be providing through our consolidated calendar of social media events and the launch of Social Media Journal and Social Media Observer.

For the census, Jessica and Yong researched and reviewed hundreds of Web sites, blogs, Twitter accounts, groups on LinkedIn / Facebook / Ning / Xing, and Facebook Fan Pages. We also, as has occasionally been the case, found several chapters which we previously did not know existed!

Here are some interesting things we discovered we thought you might enjoy too:

There are a lot more interesting things behind these numbers (which are already outdated in just two weeks since finishing the original research). What you can’t see here is the hard work by so many wonderful leaders around the country (including one of our first and largest chapters in Boston whose numbers aren’t included above). You also can’t see how passionate these people are in each city unless you have visited with them. Or how hard some people, like Jason Falls, Anders Abrahamsson, Todd van Hoosear, Connie Reece, and Alex de Carvalho, have worked to help other cities get started.

In spite of our tremendous reach and size, what we are doing now with re-launching as a professional member association is making us a startup all over again. With a global membership drive starting very soon, and the launch of our official chapter program just days away, we are ready to turn the page. If you are one of the people represented by these numbers, we ask you to please consider joining as a professional or business member. We also invite each of you from around the world to gather with us for our 1st annual conference and official member meeting, Social Media University, happening November 10-13 in Orlando, FL.

This has been a great journey so far, and we are looking forward to leading the professional social media industry together with you in the years ahead.