Are you looking to reach a local audience? Have you tried using a hashtag on Twitter in hopes of creating a viral event, only to be disappointed in the results? Are older teenagers and younger 20-somethings your target audience? If you answered yes to any of those questions, then you might want to look into Yik Yak, a new app that shares your “yaks” within a relatively close geographic proximity – about five miles by using GPS coordinates provided by the device using the app. 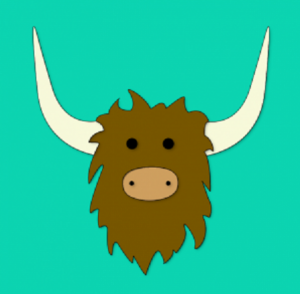 The app has also made inroads in some middle schools and high schools, sometimes to the chagrin of school administrators. It has become so much of an issue for schools that Yik Yak has blocked itself from being used within close proximity to schools by “geo-fencing” itself from school properties.

Like many social media apps, the basic service is free, with additional features available for a modest fee. For example, a yak gets posted and becomes available to up to 500 users for free, but can be visible to as many as 10,000 users for $4.99 per yak.

That is not the only interesting feature about Yik Yak. Yaks are completely anonymous, similar to Whisper or Secret. More on that later.

I’ve started using it, but so far, there appear to be few “yakkers” in the greater Philadelphia area. The number is growing, slowly. However, in areas where it already has a significant number of users, it has become an easy way for people to share their opinions on any topic that they choose to discuss.

Imagine now, if your business was targeting people between 15-22 years old; roughly high school freshmen to college seniors. By yakking about a special promotion by your business, you could easily inform hundreds, if not thousands of potential customers.

Let’s go back to the anonymous nature of the app for a moment. As a marketing professional, I see this as an opportunity to do businesses. Instead of posting something from your company, you can post it anonymously, making it appear as though you were simply another user. 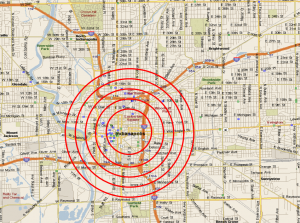 Is it ethical? I think so. A company that did this would not be pretending to be someone else, they would simply be taking advantage of the app’s feature.

There are some risks associated with using the app to be sure. According to Yik Yak, “Anonymity is powerful, for better or for worse.” That is so true!

If this app spreads among high school kids and maybe even to the younger grades like I think it will, it blows the door wide open for abuse, especially when it comes to cyber bullying! That’s why the company blocked itself from being used in schools. It doesn’t prevent the kids from using it at home, but they can put a huge dent in where/when it can be used.

There are two ways that posts could be removed from the site. The first is if a Yak receives two negative reviews. The other is for someone to take a screenshot and email the image to the company.

Considering how often people avoid getting involved when they see cyber bullying or other types of negative actions online, there is plenty of content that may be offensive to people.

In writing this piece, I wanted to include a good screen shot. However, the amount of obscene words, threats and other questionable behavior made it tough to do so. The image I’ve included here is one that I edited a bit to help show what I mean.

The risks for abuse aside, if used responsibly, the app shows some serious benefits to businesses that take advantage of it. Hopefully, the darker side of the app will decline as the newness wears away. In the meantime, it can be a very valuable tool for business to attract new customers.

The Altered State of the Social Media Guru