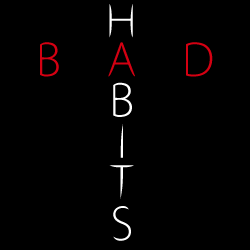 This is the number one bad habit. Widely used, though. While the web had its period of “soft lies,” it is now taken for granted that fake accounts are a risk you shouldn’t take. Many companies have tested it and many have faced big fails. In 2005 in France, the brand Vichy created a fake blog. Originally, the blog was supposed to be written by a young woman who had tested a cosmetic cream and “loved it.” As soon as the truth had been uncovered, the brand was attacked by real bloggers as well as challengers (of course!) and some journalists. This example is one that is taught in all marketing schools.

This is the one “hot trend” brands get into lately. Be it a hurricane or blackout, some brands don’t hesitate to use difficult situations in their communication. Well, dear community managers, you need to know there are things you can’t make fun of. American Apparel tried it and the reactions weren’t the ones expected.

Of course, a community manager represents the brand (or client, or firm…). Hence, there is a great chance the account is already existing and, if it isn’t, it will go on after the person handling it leaves the company. Therefore, it is frequent that an account is created with an avatar. The avatar has a “voice” but this voice is that of the avatar, not the community manager’s. Once in the “role” it is easy to say things without really thinking them over, taken that “it’s not me speaking, it’s the avatar.” Great! Now think: what if your employer asked you to use your own name? How would you handle things?

Whether you work for a sole client or several, the demand is the same: you should be able to post regularly in order to justify your salary. Fine, but posting regularly doesn’t mean posting all the time. This is the fastest way to disengagement. Either your followers (fans, etc.), will simply ignore you or they’ll unfollow (unlike, etc.). Serial posters need to be aware that the more they post the less people will get engaged. This is a fact: instead of mass publishing, try selective publishing for a while.

It happens: sometimes, your community doesn’t agree with you. Sometimes, one person will even attack you on your Facebook page, saying how bad you are and how disappointed they are. It will happen; it’s a statistic. The more fans and followers you have – and as you are trying to increase the numbers, you are heading straight into it – the bigger the risk. The one and only rule is to answer in order to avoid a British Airways’ kind of fail. Provide the question or attack with a proper answer. Not a ready-made one, but a personalized one. In most cases, it will at least help show your will to do things right, while at  best turn your criticizer into your best ambassador.

Marketing teams and, to an extension, digital strategy teams, have a high tendency to think their target can believe anything and fall for any trick. Right! Forget all about this and tell the marketing dinosaurs to review their copy. The web is full of information and a single “smart fan” is enough to unveil the truth about your trick. Don’t underestimate the power of the web.

Numbers are for dummies. Don’t get me wrong: of course, having many followers and fans is great, especially if they interact with you. However, thinking in terms of numbers is one of the worst ideas in social media. Even though clients and managers like to see the numbers grow, they are no proof of an efficient strategy. Would you rather have 10,000 fans, 500 seeing your posts and 100 sharing or 1000 fans, 400 seeing your posts and 50 sharing? If you go for the first numbers, you’re wrong: your community is less engaged and even if you make it grow, the ratio will probably remain the same whereas in the second case if you build your community following the same path, the day you reach 10,000, you will have 4000 seeing your posts and 500 shares.

This might seem rather logical but the facts show that, unfortunately, too many community managers still think checking information before publishing is an option, not a requirement. This means checking any type of information that hasn’t been provided by any other source than an official one. If working worldwide, the uses and habits of a specific region should also be part of this little audit: sometimes, symbols, colors and elements of language vary and spending a few minutes making sure everything is alright might avoid uncomfortable situations.

Avoiding those bad social media habits isn’t enough to enhance digital visibility but it might save your e-reputation. Too many so-called digital specialists keep on using old-school marketing techniques that belong to another age. Those habits tend to stick around, not being sufficiently pointed out for the risk they represent.

What’s in a name? Name Your Facebook Page Carefully