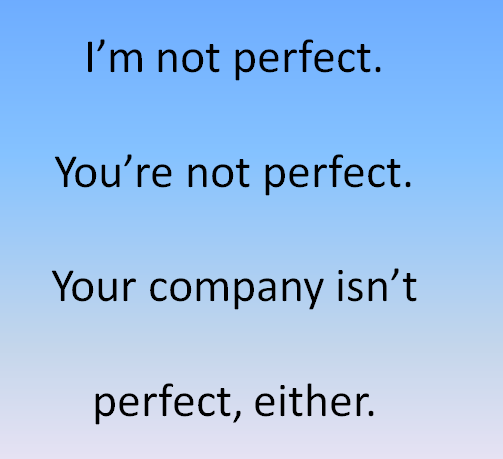 I want you to do something that you’ve probably never done before. I want you to hope that people complain about your company on your social media sites. Sounds like I’m crazy, I know, but you really want them to do it.

I’m not perfect. You’re not perfect. Your company isn’t perfect, either. So, if they’re going to complain, at least it should be someplace where you can help direct the discussion and affect its outcome.

Paul Gillin, author of “Attack of the Customers: Why Critics Assault Brands Online and How to Avoid Becoming a Victim,” explained it best in an article for Advertising Age. In the article, he talks about how many complaints are found on the UPS Facebook page and how a customer service rep helped people through their problems.

The main difference here is that UPS and Mr. Gillan understand something that others have not learned. In Mr. Gillan’s own words, companies that want this to happen “know the customers who complain are asking for permission to continue as customers. Nearly all of them can be rescued with a little TLC.” 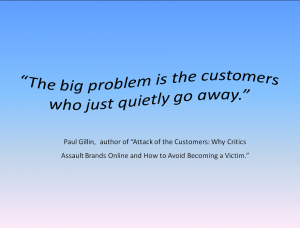 He’s right and goes on to say that you, “can invite your customers to share their opinions with you or you can watch them slip away to your competitors. Which do you think is better for business?”

Customers often go to social media sites to complain in hopes of getting a solution to their problem. In some cases, it may be after trying to resolve it in a store or on the phone. In other cases, people go to social media first, in hopes that the added exposure will embarrass or force the company into action that they would not have done otherwise. I admit that I’ve done this myself – usually if I’ve had a bad experience with the company previously through more traditional channels.

I know that you really want to help your customers, so when they do post a concern on your site, here’s what you need to do:

What you don’t want to do is antagonize your customers. A few years back, Nestle had an issue with their source of palm oil, used to make Kit Kat bars. It was an ethical issue related to potential de-forestation and people took to posting on their Facebook page.

The company took an aggressive stance and in my opinion, made the situation worse. Some of the replies that they made to customers were highly inflammatory. It certainly cost them some customers.

In my role as social media administrator where I work, we are lucky that almost every complaint that comes to us via our Facebook page comes through as a direct message rather than as a posting to the page where others can see it. I attribute that to the fact that my employer has an excellent reputation for helping its customers, so people are not trying to embarrass us in public.