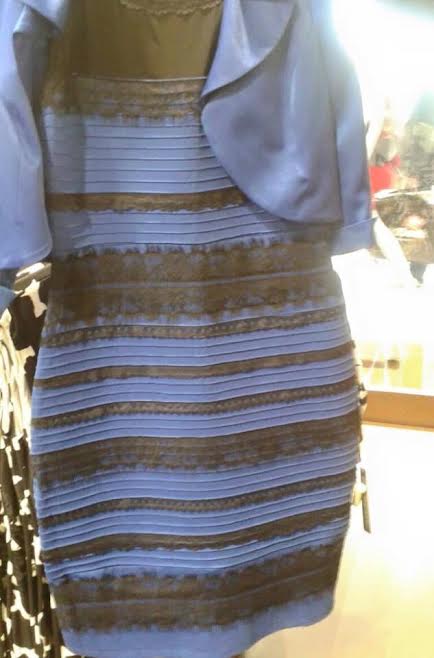 Question: Did you check social media at least once this past week? Even if you didn’t, did any of your friends, family or neighbors show you the following picture?

What colors do you see? I personally see gold and white, while others argue that they see black and blue. Some people, like my roommate, say they see both. #TheDress , as it soon was quickly became referred to, received no shortage of coverage. A few of the articles that covered this polarizing debate were:

Apparently a man from Texas went as far as to tattoo #thedress on his leg.

The whole time this was going on, I couldn’t help but ask myself the question, “Why is this going viral,” or better yet, “What makes anything go viral?”

In my opinion, we can never force anything to become/go viral. I feel like with viral content, at least to some extent, there is always an element of “pure randomness.” Who knew a dress would get so many hits? Did anyone predict #thedress to become as big as it did? The answer: no.

Noah Kagan, the founder of AppSumo.com, wrote an article called, “Why Content Goes Viral: What Analyzing 100 Million Articles Taught Us.” The article shares ten data-driven insights that you should be aware of when trying to create viral content:

Whether it is a dress or llamas escaping, making something go viral isn’t as easy as it may seem. In my opinion, Kagan’s list does an a great job at scratching the surface, but there is still so much more to learn when it comes to creating compelling, shareable content.

What tips or tricks do you use to make your content more shareable?

Can You Host A Local #CitizenGulf Event on August 25?