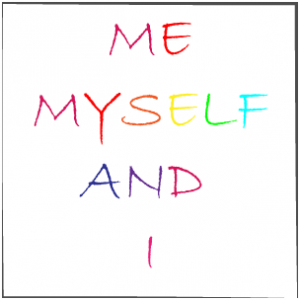 Selfies are the “new” trend. New because some people still haven’t figured out it’s now part of our lives and that this “trend” is going to last for a while. As a digital consultant but also as a professor, I come across people who doubt selfies will survive the year. Here are 10 reasons why they should change their mind and start using them instead of ignoring them.

1. Selfies have been here for long, they just weren’t called selfies yet

As a matter of fact, selfies appeared along with the mobile phones featuring a camera. People started taking pictures of themselves to send them to their friends and family. The arrival of smartphones linked to social accounts only made the sharing easier. Just like sharing music was possible since the 80s with recorded tapes, selfies have existed for over a decade.

2. Humans like to show off, this is no breaking news

3. Social is the new hype

For years, people have craved for intimacy. VIPs fled from paparazzi, hid behind sunglasses and tinted windows. Now, they publish pictures of themselves at home, in their bath, with other famous friends, their pet or even nobodies to show how close they are to their fans. Sharing those pictures has become the ultimate chic, Facebook, Twitter and Instagram the places to be. Forget about the new en vogue club, social networks prevail.

All brands have the same issue: how to create great content marketing for less? Less money, less time, less constraints… Some marketing specialists have found the Holy Grail: asking the community to participate. For free. Only by sending their own content. And as pictures are the most efficient way to attract the attention on the web, it hasn’t been long before brands started asking their online communities to send pictures. An endless source that will provide with unlimited images shared by brands with the agreement of the so-called models of the day.

5. Tuning a picture has become a hobby

Before the smartphones and their apps was Photoshop. Photoshop demanded a bit of training, a computer and spare time. Now, everyone can tune images with the right app. Instagram and its filters has opened the path to numerous others and we can now add text, frames, modify the colors, the textures or the saturation. More than just sending your picture, you can now send your picture, meaning one that has been taken and modified by you. In a tap of the finger, you become model / artist.

6. Selfies are the new vote

You remember those numerous polls, surveys and petitions flourishing on the web? When for decades our participation meant signing – either on paper or digitally -, reducing us to a name on a list, the new way to give your advice features… you! The Fedoras for Fairness initiative is one among many. No longer are you a name, now you’re a face, you exist, people see you and this is a major change giving credit to your action.

7. Don’t stick only to what you do

Forget all about the “do as I say, not as I do” and switch to “do as they do, not as I say”. Right, you’re not the selfies type. This is for teenagers, people longing for a certain form of recognition and geeks. If you say so… But the truth is: selfies exist and because they don’t belong to your world doesn’t mean they will disappear any time soon. Hence, look at your audience’s habits: if they do it, just use it.

8. Look at the numbers

On October 17, 2013, 35 million selfies had been published on Instagram, meaning with the hashtag #selfie. This is not a concept, this is a fact. And this is only for Instagram… Now imagine adding other social networks… Selfies have become part of our everyday lives, whether you want it or not. Even if you don’t post selfies, there is no doubt you come across them on your various feeds.

Instead of remembering numerous passwords and creating new ones each time you subscribe to a new website, why wouldn’t you simply send a picture of yourself? Easy, fast, efficient… Science-fiction? Not for long since an app called FaceCrypt offers such a possibility for iPhone and iPad users.

As of November 19, 2013, “sefie” has entered the Oxford Dictionary. It is officially a word, existing outside of the web. Nobody can ignore it anymore and even your grandmother can look it up if she hears it on the radio. And I bet you wouldn’t want your grandmother to be hyper you are; would you?

Attention seekers, why you need context as well as great content

How Many Slacktivists Does It Take To Raise $14 Million?