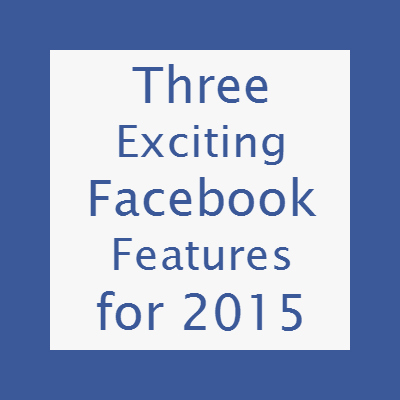 It’s 2015, and marketers and businesses alike are looking for new ways to get traffic to their social networks. The main social networks have all announced new features to be rolled out during the year, and the buzz of potential has never been greater. Over the past four months, Facebook has announced several different new features, as well as tweaks to their news feed algorithm. Three of these features especially have social media people talking about the possibilities for even better Facebook marketing.

Interest Targeting
While audience targeting has been available for many months in Boosted posts and Facebook Ads, this functionality has been lacking for non-Boosted posts. In December, Facebook announced that it was implementing Interest Targeting for Pages, allowing users to target subsections of their Page Likes with specific content. For example, if one is posting about the effect of social media on a Presidential campaign, one could target people who like both their Page and a particular candidate’s Page. The possibilities for this are endless, as Page admins can now selectively curate content and interact with sections of their audience they may have never been able to reach before in their Facebook marketing.

Facebook has stepped up their game in 2015 with new features for Pages. What do you plan to do to utilize these features in your Facebook marketing?

The Customer is a Media

Social as the Customer Experience Watchtower