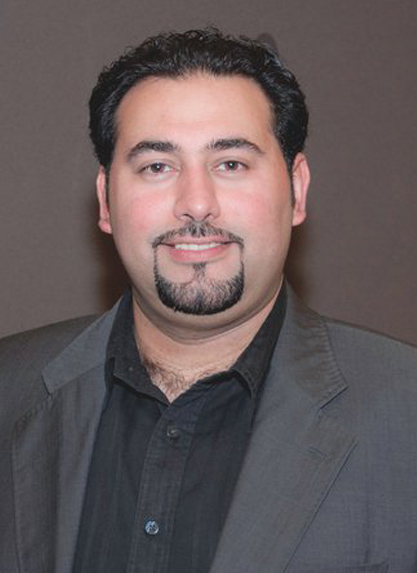 Ali SABKAR is the Founder & President of Social Media Club Bahrain who was the first to lead the social media activities & events in Bahrain. He is the Founder of the largest virtual Marketing Network for individuals & organizations involved in Marketing in Bahrain & GCC with a community of over 4,000 members.

SABKAR has over 15 years of experience in Marketing, Media, PR , Branding & Production as he started his marketing agency in 90s. He founded eCommerce Projects Company leading the development of more than 300 corporate websites in Bahrain, Kuwait & KSA.

He was appointed as the eMarketing Project Manager of Zain Bahrain in 2007 to lead the e-initiatives and to establish the eMarketing functions that now is managing the number one telecom Facebook page in Bahrain.

Ali SABKAR is an eMarketing Expert & Speaker of Making The Most Out of eMarketing for Organizations. He spoken at many conferences in the Middle East and more than 10,000s participants attended his training workshops in Bahrain & KSA.

Sabkar won Bahrain Youth eMarketing Award in 2010 & Best Use of Social Media Award – Middle East Internet Awards in 2011. Recently he was selected as Youth of the Month June 2012 by leading youth eNewspaper YSBNews.com.

Sabkar is a co-author of a published book “ WHY MARKETING Middle East” with 2 well known international internet marketing experts; it is The Revolutionary Strategy to Attract Ideal Customers.
Sabkar was appointed as Board of Director at Social Media Club USA in the capacity of Global New Chapter Management Director as first non USA citizen at the Global Board.
Sabkar was chosen as the Unisco Social Media Chair Lecturer at Imam University in KSA in 2014.
Ali Sabkar was appointed by DM3 Institute UAE & DMi Group Ireland to be the first certified Bahraini instructor at the Professional Diploma in Digital Marketing.
Ali Sabkar leaded the 2nd Bahrain Social Media Awards as the Chairman of the Jury Panel in Dec. 2013. He launched the Best MENA Social Media Trainers Award in 2015 and chaired the award committee.
Ali Sabkar is been ranked among Top100Arabs.com as per Klout.com social media measurement.
Ali Sabkar won outstanding two awards in 2015, locally been awarded as the 2015 Best Social Media Professional by Alkhaldiya Youth Society in Bahrain & internationally awarded as Best 50 Asia most influential digital media professional at the mobile & digital marketing summit in India.