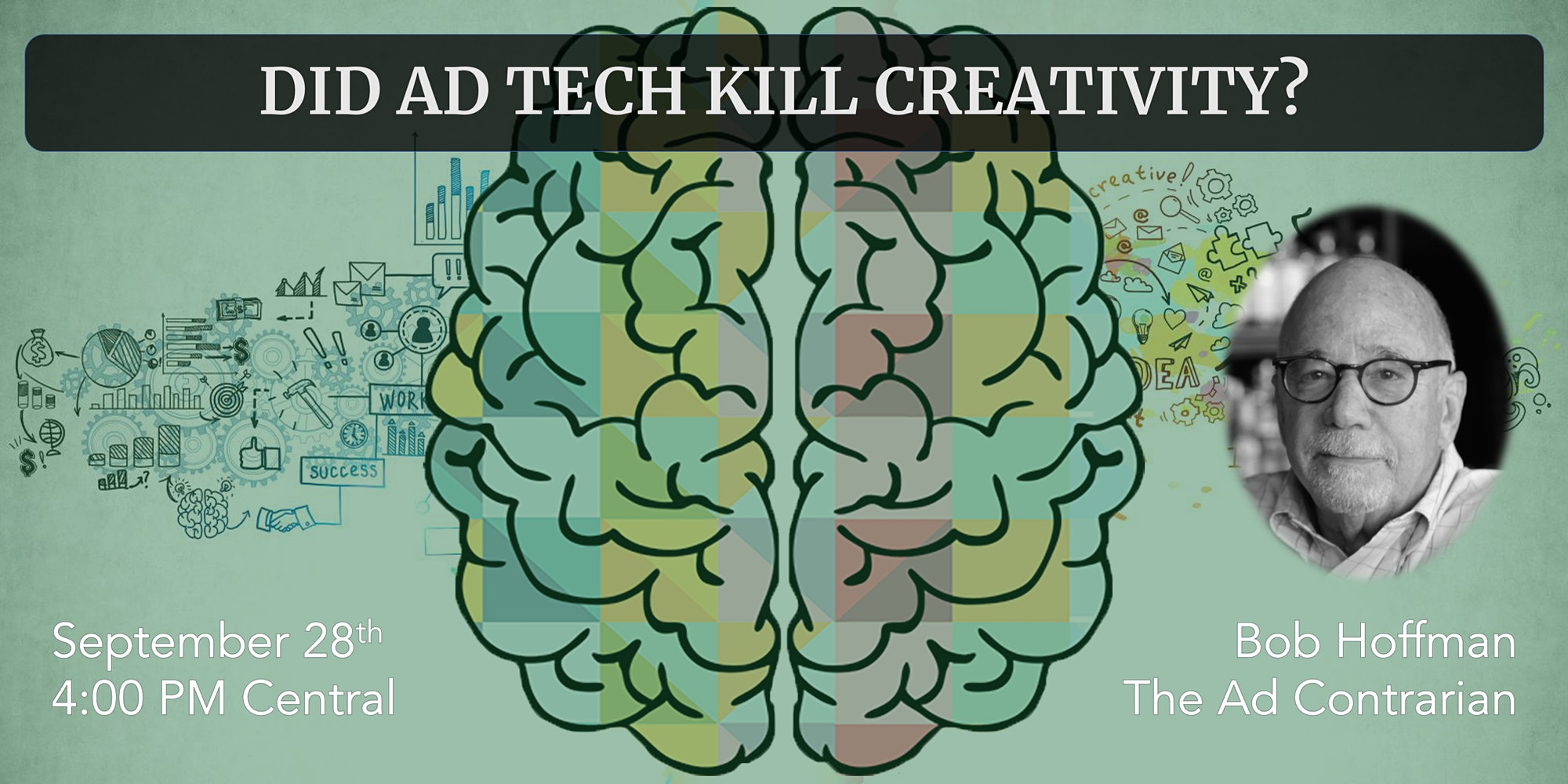 Join The Ad Contrarian himself to get his take on the state of the marketing industry, creativity, and ad tech.

More and better data promised us a world of improved segmentation and targeting. Social media gave brands the ability to engage their customers in conversations. And, programmatic advertising helped us get our brands in front of those customers. Or, did it?

Bob is the author of five Amazon #1 selling books about advertising. He is also one of the most sought-after international speakers on advertising and marketing.

One of his books, “BadMen: How Advertising Went From A Minor Annoyance To A Major Menace” exposed many of the dangerous data abuse practices that went on to make international headlines. It was selected “Best of Marketing 2017”.

He is creator of the popular “The Ad Contrarian” blog and newsletter, named one of the world’s most influential marketing and advertising blogs by Business Insider.

Bob has been the ceo of two independent agencies and the U.S. operation of an international agency. In 2012 he was selected “Ad Person of the Year” by the San Francisco Advertising Club.

Eric Pratum is the President of Social Media Club St Louis and the Head of Digital Strategy at Bigwidesky. If you want a strategy that will get you actionable results and valuable data while also being creative, he’s the guy to talk to. When he’s not working, he’s exercising, doing unending house projects, playing with his family (or most likely cleaning up after his children), reading, and trying to play some music if time allows.